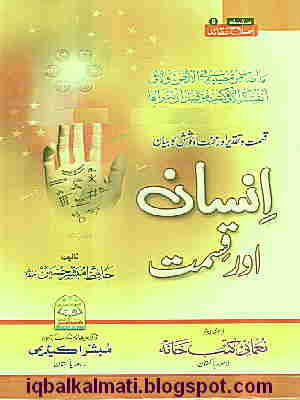 Free download PDF copy Urdu Islamic book on Fate title name of this book is Insan Aur Qismat written by Hafiz Mubashir Hussain Lahori. "Fate" is the name of analogy from God about the changes in the universe, these variations are already in knowledge of Allah, and are based on the wisdom of God,There are four things to believe on the destiny: First: Believing that Allah knows all things in a complete and detailed manner, and will keep it, whether it is related to Allaah With your actions or actions of your slaves. and second, believe that Allah has written the destiny in a Loh e Mafooz. third, It is believed that the affairs of the whole universe cannot walk without performing divine revelation, whether these actions belong to God's attributes or creatures. Fourth, to believe that all the universe is His attributes and Allah is the Creator of His creation. The Urdu book is a written in the series of "corrective beliefs" of Dr. Hafiz Maqsood, "Man and fate" Isnan and Taqdeer in the commentary book. What is the tendency to believe in the fate? Does man make himself self-determination? Can Your Destiny Change? Can a person get information about his fate? Why is the struggle after the faith on the destiny? In this book, all these questions have been presented in a light analysis of Quranic verses and intellectual arguments, and the correct Islamic point of view has been clearly mentioned in the need for spiritual development. Allah Almighty accept the author and make it through the people's reform. (Amin). You may be read Kainat Nazria Waqat Aor Taqdeer by Harun Yahya and Jadeed Jahiliyat by Sayyid Qutb.
The following  main Urdu chapters in this book: 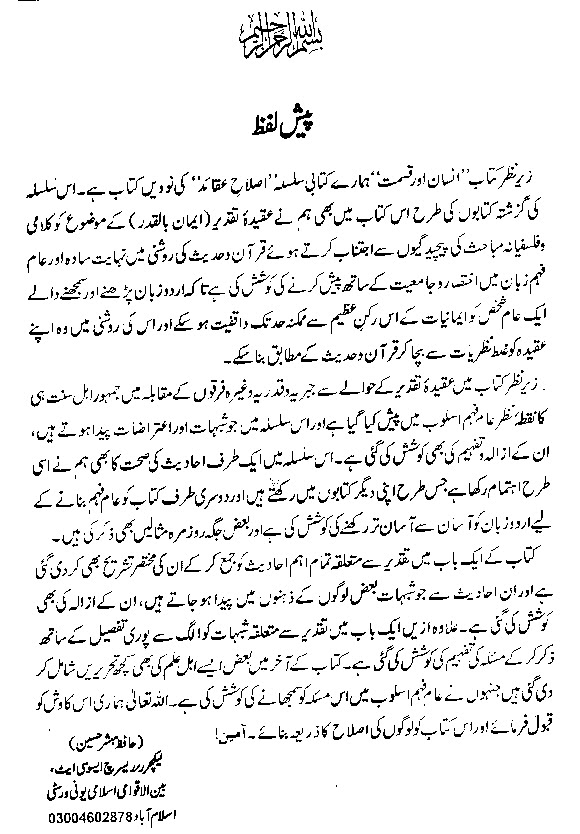 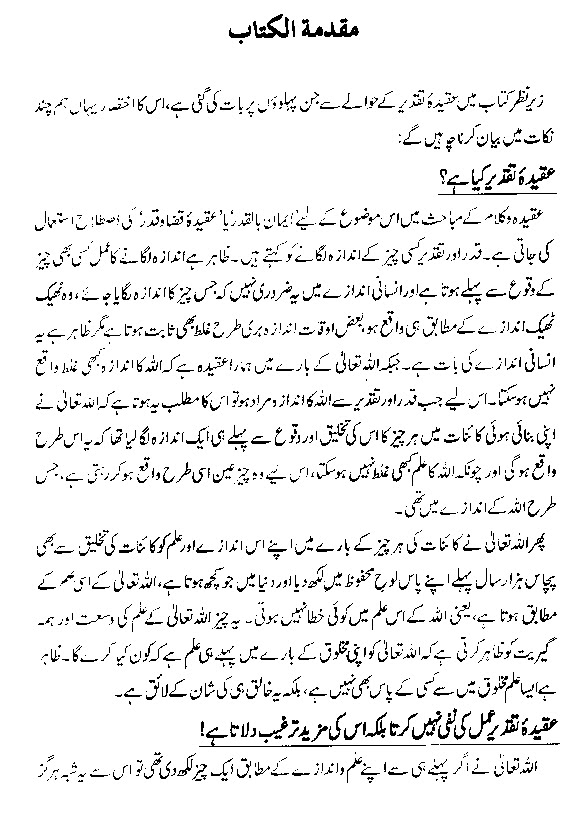 Posted by Muhammad Danish at 8:28 PM